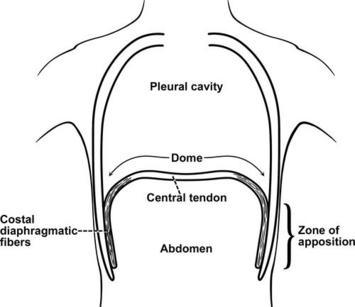 Considerations on breathing inspired by Joseph Pilates and informed by PRI, Bill Hartman and Zac Cupples.

There seems to be major consensus about the importance of breathing for wellbeing, pain reduction and even the improvement of certain musculoskeletal conditions, but HOW do we breathe correctly and WHAT exactly causes these benefits? There's not much scientific literature about the importance of respiration that goes beyond the obvious physiological processes of oxygenation for energy creation and CO2/waste removal.

Joseph Pilates was a pioneer of the importance of respiration and among the first to promote chest breathing with engaged abdominals, as opposed to the belly breathing used for meditative modalities, which is said to have parasympathetic, calming effects. He promoted "long deep breaths to expand the upper chest to capacity" while "drawing the abdomen in", then exhaling and "always trying very hard to 'squeeze' every atom of air from your lungs". He claimed practicing breathing that way would "accomplish more toward attaining and maintaining maximum health standards than all other remedies combined", but provided no information about the reason why to breathe like this and why it matters, other than oxygenation.

A look at the Postural Restoration Institute (PRI) and its basic theories provides deeper insight. Since even the basic theories are highly complex, I apologize in advance should I fail to express them appropriately. In a nutshell, an essential element of PRI respiration mechanics is aiming for an optimal Zone of Apposition (ZOA), which is the vertical distance between the rib attachment of the diaphragm and the top of its dome (see image above). ZOA is influenced by the orientation of the rib cage -- individuals with elevated anterior, externally rotated ribs will have a decrease in their Zone of Apposition. ZOA has anatomic importance because it is controlled by the abdomen and oblique muscles and directs diaphragmatic tension. In other words: in people who are anteriorly flared, the diaphragm isn't able to work as effectively because it doesn't have all thoracic "walls" to work against and it can't properly inflate upon exhalation. The diaphragm is an inspiratory muscle; it simply relaxes upon exhalation and can't dome appropriately if the rib cage is open to the front. What happens in this case is that accessory respiratory muscles work overtime, which is not desirable. An important component of reaching an optimal ZOA requires repositioning of the skeleton, namely to learn how to stack the thoracic diaphragm over the pelvic diaphragm. ZOA draws our attention to how and why skeletal positioning is important for optimal breathing function and for the prevention of hyperinflation, paradoxical breathing, accessory respiratory muscle overuse and their consequences.

Going back to Joseph Pilates, he was onto something with posture affecting respiration -- you can't exhale properly in an extended position. However, there's more to it than using all accessory muscles to achieve a full exhalation.

Another element of PRI respiration theories is the usage of breathing techniques to address physical asymmetries. The techniques differ depending on the goal, but have the following in common. (Please note the similarity to Joseph Pilates’ breathing technique, except he did promote the use of all accessory muscles).

The human body is asymmetrical inside, yet symmetrical outside. The liver is on the right side, the heart on the left, the right lung is bigger, the right diaphragm is higher, there is a tendency for the lumbar spine to be rotated to the right and so on, which downright calls for compensatory mechanisms as a result. PRI uses body positions, muscle activations and breathing to reverse said compensations and to expand compressed areas, which typically is the upper-mid back area, particularly on the left side. So here we have another element of the importance of respiration: Using breathing in addition to muscle activations to expand compressed areas to restore function and for injury and pain prevention.

Bill Hartman took PRI principles and expanded upon them; he coined the terms "inhaled and exhaled skeletons". An inhaled skeleton is associated with expansion and with the joint actions of flexion, abduction, external rotation (ER), while an exhaled skeleton is associated with compression and the joint actions of extension, adduction, internal rotation (IR). Movement is an interplay of expansion and compression and of inhaled and exhaled joint actions, for instance when we walk, one side of our shoulders, ribcage, pelvis and hips flexes, abducts and ERs while the other extends, adducts and IRs. Posture also has inhaled and exhaled positions, for instance compression in the chest means expansion in the upper back. Breathing is used to drive the position and joint action that is lacking or stuck and not moving through its entire range, as an appropriate balance is key to prevent dysfunction. The beauty of this model is that it doesn't simply look at individual muscles or muscle groups, but at movement and breathing strategies to achieve balance.

Following Shirley Sahrman, Bill Hartman expanded on the concept of the Infrasternal Angle (ISA), which also plays an important role in respiration strategies. The ISA is where the ribcage meets the sternum. A narrow ISA (<90 degrees) is associated with an exhalation strategy, while a wide ISA is associated with an inhalation strategy. (Notice the connection between ZOA and ISA). The goal is to restore the entire breathing spectrum, so exercise selections need to support the opposing joint actions that someone presents with. There is a connection between breathing and mobility or movement variability. Zac Cupples: “The accessory breathing strategy is associated with a subsequent reduction in movement options. If I lack the ability to alternate full excursion of expansion and compression, movement limitations will be present.”

In summary, breathing correctly means the whole body is able to go through the entire breathing cycle without excessively using the accessory breathing muscles. Positioning plays an important role and helps the diaphragm to work efficiently.
This matters to preserve or restore movement variability for joint health and to prevent dysfunction.